Teach, don’t be a predator

I once had an obvious crush on somebody in power at a school. They didn’t exploit it. Others can do the same. 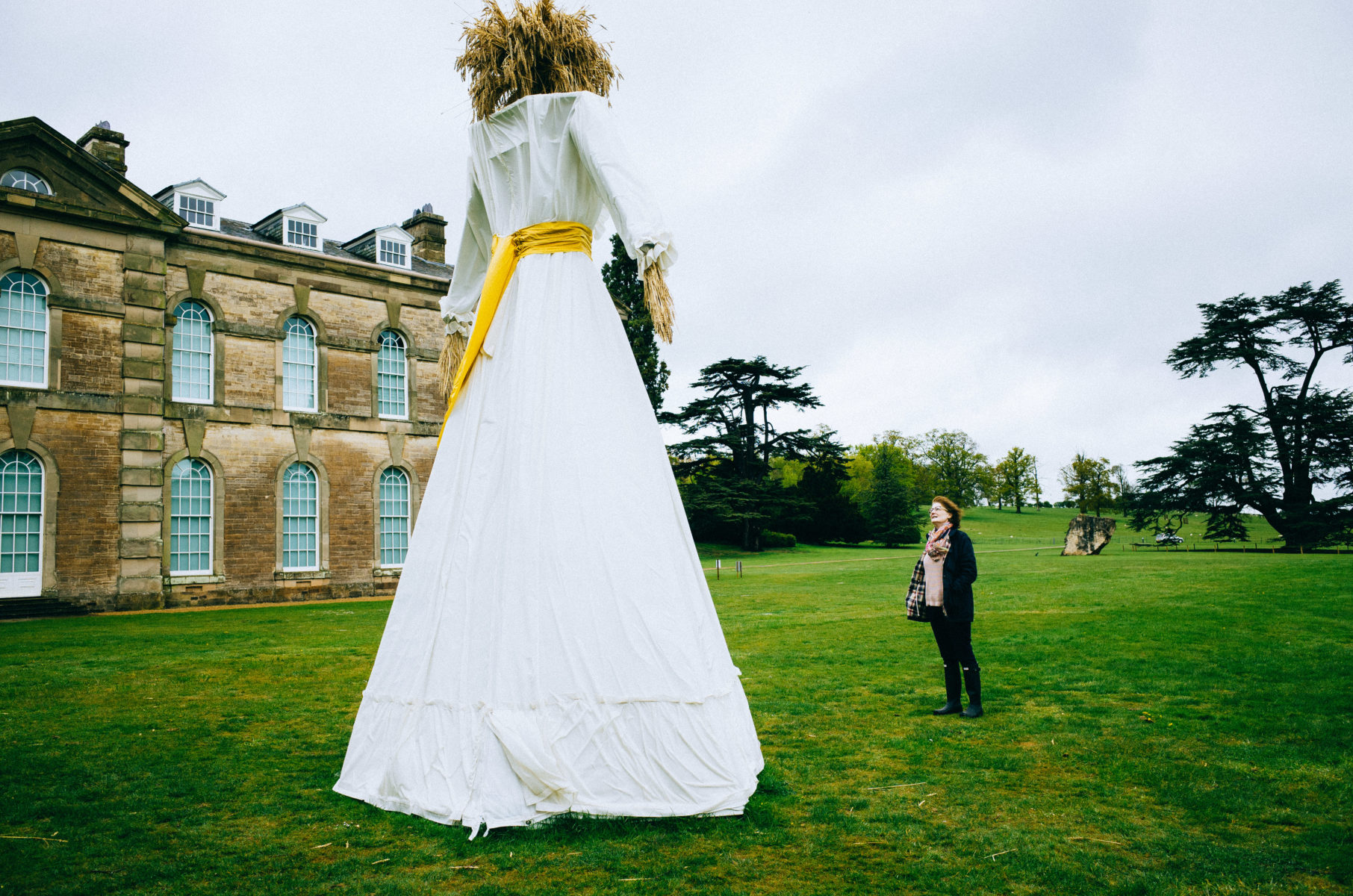 I once had a crush on my boss. She was accomplished and attractive and very sexy. She was also great at her job.

I’m pretty certain she knew that I fancied her. I probably told her (more than once). I flirted outrageously and we had good natured banter while we both did our jobs.

She never once took advantage of the situation when on reflection she probably could have done. Not necessarily in a sexual way but in a getting me to do extra things I wouldn’t have done for other people at work kind of way.

We were both adults and so technically if something had happened it would have been fine but there was a power imbalance. My boss was almost two decades older than me as well as being my direct line manager. She was responsible for my performance management + indirectly my pay.

I doubt my boss fancied me. She was straight (as far as I’m aware) and monogamously married.  Since leaving that job several years ago we’ve spoken from time to time and I’ve apologised for being a pain but she hasn’t seemed at all bothered.  She was probably slightly bemused and flattered. However, what if I’m wrong? What if secretly there had been some kind of chemistry? Well presumably my boss didn’t act on it or even encourage it because she was aware there was a power imbalance with her very clearly holding the power.

The borderline case of the teacher and the sixth former

Why am I writing this?

I recently read about a teacher who had a relationship with a former student. These cases pop up from time to time and the defense/justification often rests on whether there was a sexual relationship while the child was at school.

“Sex” is quite a broad term. Generally speaking, most people would mean penetrative sex but I can safely assume that we have all been teenagers and so we are well aware that quite a lot of acts can happen which aren’t technically sex but you definitely wouldn’t want to do in front of your mum, or nan.

Most youngish or charismatic teachers who have taught in a secondary school have at some point had a pupil have a crush on them. Click To Tweet

Most youngish or charismatic teachers who have taught in a secondary school have at some point had a pupil have a crush on them. I remember once the horror and sudden realisation I felt when as a naive 20 something one kid told me the real reason that a surly year 10 boy who was often in trouble elsewhere was amazingly behaved in my lessons for no obvious reason: “you know why x always tells the class to shut up on your lessons miss? He fancies you.”

Many other teachers – have had a situation like that and reacted in a similar way to me. Accepting it as part of working with adolescents and their raging hormones and shutting it right down with a quickness. Essentially this involves treating the particular student the same as everybody else and not cultivating or encouraging the feelings in anyway. It also involves occasionally being teased by colleagues because the best way to shut these things down is to put them out in the open amongst adults who will hold you to account.

They are basically the same age

NQTS can be as young as 21. In the wider world, a 20 something year old having a relationship with a 17 or 18 year old would raise no eyebrows. Indeed, when I was 17 I dated a man who was almost 30 (much to my parents’ distress). He treated me well and I remember it as brief but happy relationship.  However, schools are not the wider world. I place colleges and universities in this category too. A teacher or lecturer in these situations clearly has a position of power over the young people they work with.  We build an ongoing relationship with young people in our care and they come to trust us. The relationship is an unbalanced one, even if young people involved may not see it as such. We set the conditions that they experience us in, via the lessons we plan and resources we use. We can choose what we share with them and about ourselves, whereas sometimes, especially with more vulnerable students we may know more about them than they have explicitly told us. If things go wrong we are in charge of aspects of their day to day life that may affect them.

Their grades. Their reports. How they are perceived by our colleagues. Whether they remain in our class or indeed the school.

But it was after they left…

When I was in 6th form I had an excellent form tutor, Mrs Allison. She was instrumental to my life. I had a lot going on in my personal life at the time and I stopped attending classes for the vast majority of the autumn term in year 12 while experiencing a debilitating bout of depression. We kept in touch for many years afterwards and would meet for dinner to catch up from time to time. Despite her protests I called her Mrs Allison until I was well into my 30s. More than a decade after she had stopped being my teacher I felt some deference. There was still a subtle power dynamic at play because of our earlier history – it didn’t matter that I was accomplished and she treated me as her equal.

When I was an Assistant Headteacher, we had a distasteful case of a young teacher who had a relationship with a former student.  The parents were understandably upset and the police were involved but I can’t remember exactly how.  For a long time there was a lot of wrangling about whether the sexual relationship had started while the student was still in sixth form or later. The pair were adamant that they loved each other and the student was clear that they had wanted the relationship to happen. During the case of the investigation it became clear via texts and related that there had been inappropriate discussions remotely and in person well before the student had left- whatever the reality of  their physical interactions at the time.

To the “but it was the summer after they left” brigade. I’m telling you that you sound like predators. It’s weird and it’s not alright.

Flirtation, attraction and desire that leads to sex and relationships does not suddenly happen out of the blue. It has to be cultivated. For any teacher who is “patiently” waiting until the day their student is 18, has received their A-level results and is off roll before they contact them I think you need to mention it to some reasonable adults in your life so they can talk some sense into you.

To even be thinking this you need to have noticed your student in a sexual way for a period of time while they are still your student. Then you’d need to have their contact details ready to contact them once they leave with this in mind.

Sorry but to me and to many other people that’s weird. It’s exploitative and it’s not dissimilar to grooming.

To the “but it was the summer after they left” brigade. I’m telling you that you sound like predators. It’s weird and it’s not alright. Click To Tweet

They wanted it too

When I was about 21 I had- well I’m not entirely what it was, relationship seems a bit strong- with a man who was the same age as my father at the time. It was entirely consensual. But it was also weird. It was weird and it was messed up. As a grown woman who has since experienced long term and well-functioning healthy relationships I can clearly identify how odd it was and even at the time I knew it was a bit off but who could I really talk to about it without being shamed?

I’m embarrassed to say that the man was married, and I don’t believe that his wife knew or that they had an open relationship. Aside from the massive age difference, there was a lot of secrecy, it was a bit (a lot) sleazy and over time I realized that his relationships/dalliances were repeatedly with young women in their twenties (I wasn’t the only person he was seeing at the time). His wife was also considerably younger than him for the record.  I had considerable confusion around my sexuality and religion at the time which, on reflection, I feel he picked up on as a more experienced adult and definitely exploited although on the surface everything was consensual.

Many young women (and a fair proportion of young men) that you speak to will have an experience like this in their past. One that felt fine at the time but that they realize as a more experienced person was unbalanced or that they themselves would not entertain if a younger person in the situation they had had once been in showed some interest in them.

My children want to eat sweets all day. I could give them to them but as an experienced adult who cares about their welfare I know they’ll be sick and ultimately it’s not in their best interests. Just because somebody wants something it doesn’t mean we need to give it to them.

Attraction is a strange and complicated thing. Why did I fancy my boss? Why do I not care about football but am definitely an expert in knowing that David Beckham, Thierry Henry and Reben Loftus-Cheek are hot? Why have I occasionally fantasised that I might bump into Salma Hyek or Gillian Anderson when I’m out and about in London? I don’t know.  There are many, many situations where it’s inappropriate to act on our desires even though technically there is nothing illegal (or even immoral) about them.  I can think of no situation where a teacher should act on their attraction towards a student. There are plenty of attractive, desirable people in the wider world (or even on the staff if that’s their thing). They need to channel their sexual energy into relationships where the dynamic is clear and not at all problematic.

Don’t be a predator or make excuses for predators or those displaying predatory behaviour. Teachers are in a position of power in schools/colleges/universities. They should not be having romantic relationships (sexual or otherwise) with young people in their care even if they are 18. It’s also weird to have one with a young person you have taught within the past few years. Find some adults who will tell you the truth and slap you to your senses or be that friend for somebody else.

If you are a school leader who feels like you don’t fit the traditional mould or know anybody else who is then my book The Unexpected Leader may be for you. Read about it and pre-order on Amazon