A message for LGBT teachers and our colleagues

Have you ever felt the need to hide a facet of yourself at work? Some teachers who identify as LGBT experience this on a daily basis. I recount my experience to help them here. 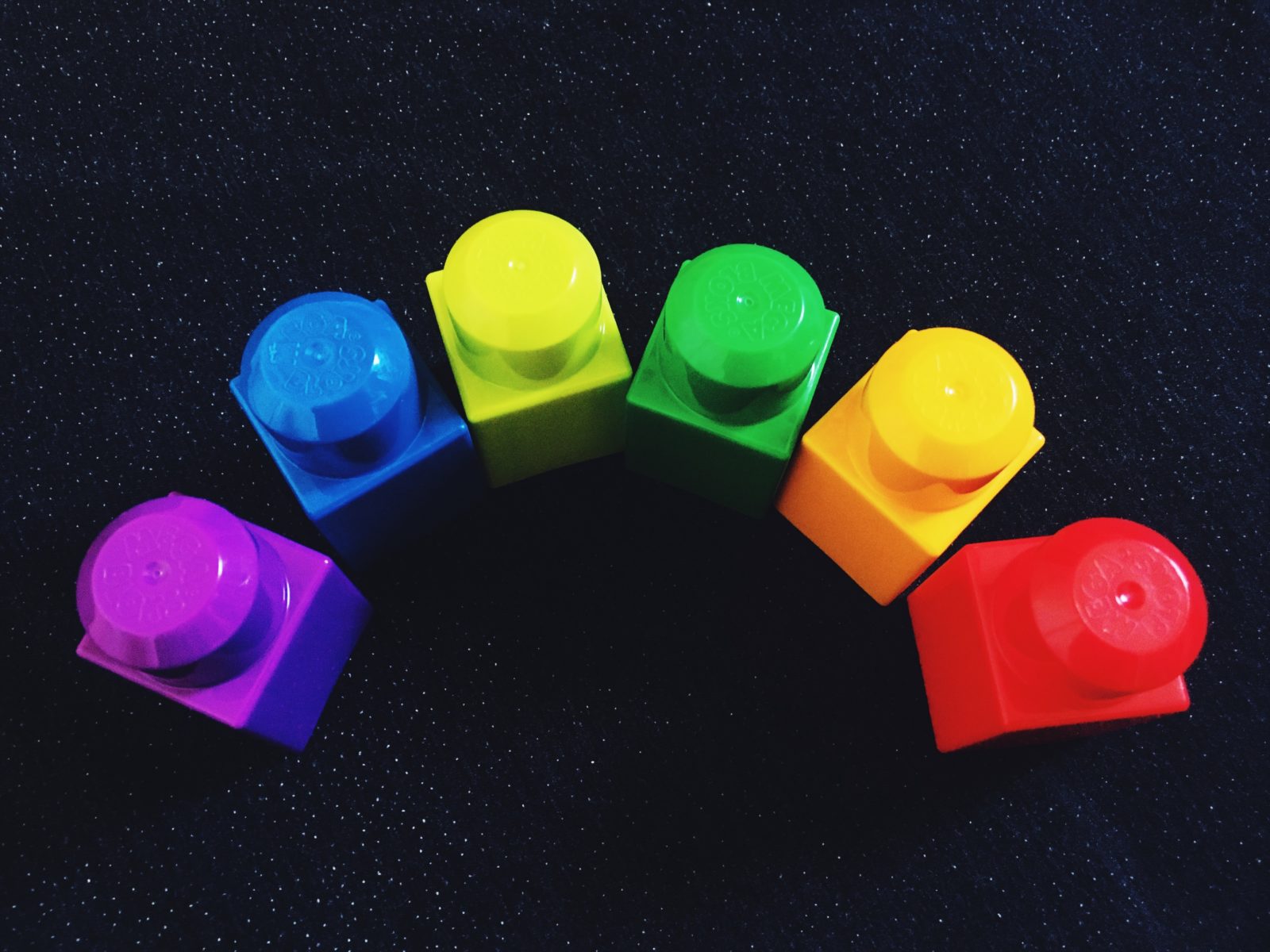 On 2nd May 2018 the national conferences were held for LGBTed and BAMEed. The former wishes to build a network of LGBT+ teachers and leaders, empowering them to be authentic in schools, colleges and universities while the latter “is a movement initiated in response to the continual call for intersectionality and diversity in the education sector.”

I wrote a quick thread on Twitter to offer my support to the organisers and delegates as somebody who is part of the demographic for both (yup I’m a one woman quota machine).  My tweets got more attention than I was expecting (I’d been expecting none) so I thought I’d reproduce my comments here in a way that could be easily digested or shared for anybody who isn’t on Twitter or would like to refer to it again.

I have decided to reproduce it unedited. This means that the abbreviations and syntax that make it appropriate for the character restrictions on the medium of Twitter are kept here (for example bc = because, ppl = people, esp = especially).  Each paragraph represents what was originally a new Tweet and they are presented here in the order I originally tweeted them.

My experience as an LGBT educator 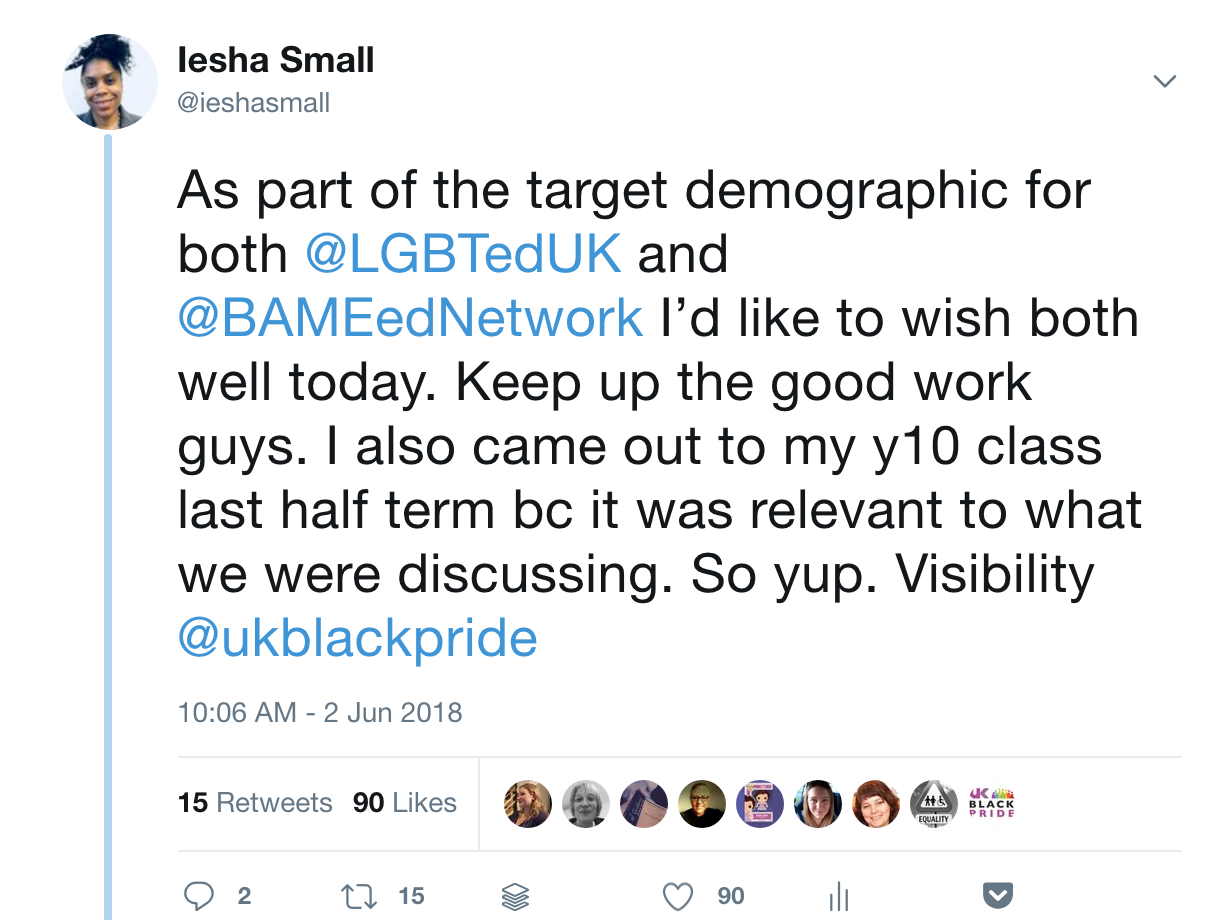 As part of the target demographic for both @LGBTedUK and @BAMEedNetwork I’d like to wish both well today. Keep up the good work guys. I also came out to my y10 class last half term bc it was relevant to what we were discussing. So yup. Visibility @ukblackpride*

For the record I’ve been out to colleagues for as long as I’ve worked in schools (2004 onwards) but I’m pretty private and don’t discuss much of my personal life with students.

However, it’s not a secret and I don’t suddenly change the topic if chatting to colleagues and kids are around. When I had an office there were pictures of my partner and our kids and pupils were in and out all the time.

Former students have come to our house and met my family so it’s not a big deal but I’ve not been explicit bc some kids will find any way to derail a lesson and it’s not always appropriate to launch into stuff in the middle of a maths lesson.

Any how, I’ve only explicitly come out to classes twice although if any students could be bothered or cared it would have been easy to work out and I answer truthfully if asked specifically.

What straight teachers don’t realise is that coming out is a continuous process. Class by class. Year by year esp if you aren’t “obviously” LGBT

To follow up on private issue. Obs twitter isn’t private. The point is being able to choose when you decide to reveal something about yourself.

Again it’s a “privilege” I have as somebody not immediately read as being LGBT. Colleagues who “look” LGBT don’t have this choice bc ppl assume and tell them. The points when it’s appropriate for me to come out aren’t planned. They come up in natural convo.

I’m friendly with my classes but also have a professional persona. And my previous years of being closeted taught me how to appear open without actually giving very much about your self away.

So every time a kid asks “are you married?” I could truthfully say “yes” but generally didn’t follow it up with “to a woman though”

If this moment comes up when you are in a room full of 30 or more ppl originally talking about simultaneous equations then colleagues may not feel comfortable outing themselves at that time.

To LGBT colleagues who are not yet out to students please don’t beat yourself up. Do what is safe and right for you. My first time coming out to a class was as a member of SLT in a school I knew would support me. I previously hadn’t felt brave enough to before.

For staff with no/low status in schools – supply, NQTs etc. School leaders must create a climate where they can feel safe being themselves with all classes. This is done via staff known to be straight being vocal in support of LGBT ppl.

I received some private responses to the above which obviously I won’t reproduce here but I’ve shared a couple some of the public ones from teachers or those who work in the educational sector.

Share this with anybody who you think will benefit. If you are reading this and you don’t identify as LGBT I would like to leave you with the words of Dr Emma Kell, an experienced teacher “What concerns me is that sometimes there’s an assumption that staff who identify as LGBT should take the lead in ensuring inclusivity – we’re all responsible.” 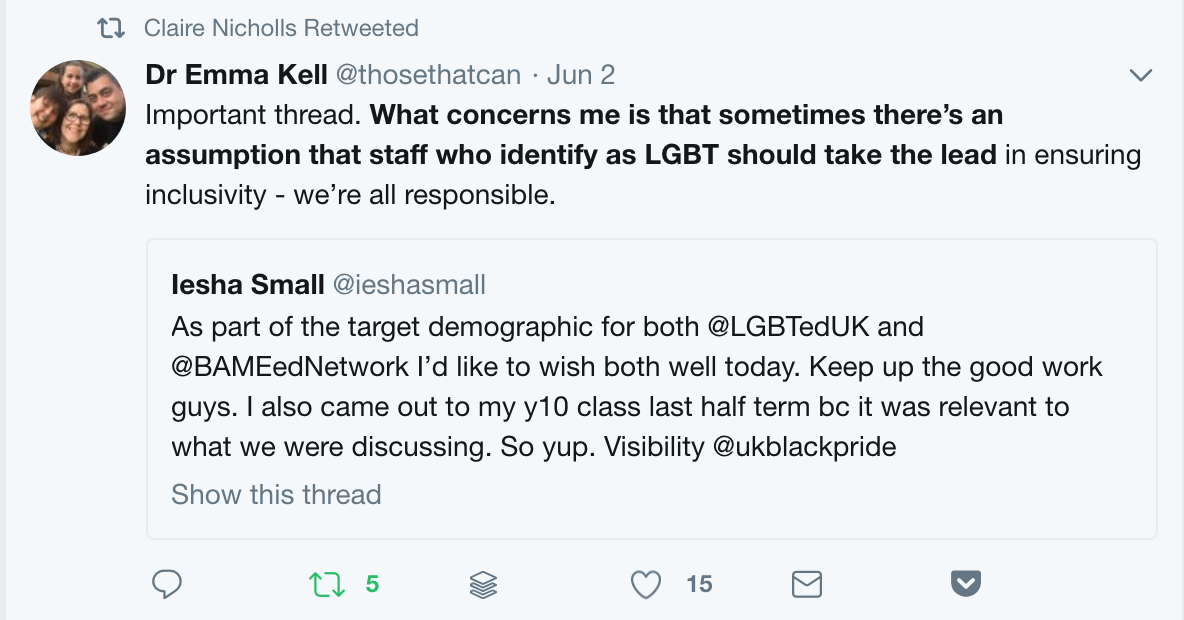 * UK Black Pride “promotes unity and co-operation among all Black people of African, Asian, Caribbean, Middle Eastern and Latin American descent, as well as their friends and families, who identify as Lesbian, Gay, Bisexual or Transgender.”