It is October. Black History Month in the UK. Time to share, support and buy Black authors. 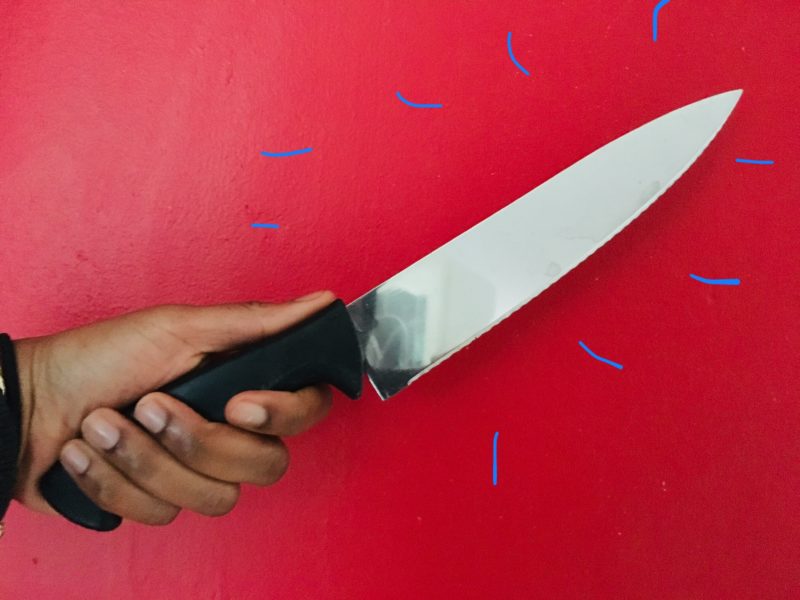 Quote from Kanye West on Brand New (before he decided he was all about enabling a racist US President).

This time last year  I shared a list and some short reviews of books that I’d read by Black British authors for people who were interested in Black British history. Because of my pervious life as a teacher, I wrote it with the many Martin Luther King Assemblies I’d sat through in mind.  As I shared the list again this year via my social media accounts I realised two things:

In the past 12 months, I’ve got my fiction reading mojo back. It’s probably down to two reasons. Firstly, being part of a what’s app reading group so I get recommendations and a bunch of people I can discuss things with regularly without having to go anywhere. Secondly, Audible. My reading time is drastically reduced for many lifestyle reasons so in recent years I’ve had to pragmatically choose between reading non-fiction for learning and reading fiction for enjoyment. I really love learning things so, non-fiction has won. But now easily accessible audio books via Audible mean I can still indulge my fiction habit, so life is great.

Danger of a single story

The last time I wrote about Black History Month I focussed on authors who wrote non-fiction about the history of Black (British) people. This list is wider. I’ve decided to use it to showcase Black authors who tell stories about a wide range of topics. Story telling is universal across all human cultures and I agree with (amazing) author Chimamanda Ngozi Adichie that we all lose out if we only ever hear or read stories from one dominant perspective.

In a subversion of what we usually see in fiction published in the UK, all of the characters mentioned below should be assumed to be Black unless I specify otherwise.

In a subversion of what we usually see in fiction published in the UK, all of the characters mentioned below should be assumed to be Black unless I specify otherwise. Click To Tweet

What would you do if you found out your sister had killed her boyfriend? As Korede, the narrator of this book, you’d go round, clean the murder scene and help her dispose of the body. This book is funny. There are several laugh out loud moments. Ayoola, the serial killing sister, is self-absorbed, beautiful and probably a sociopath. I read this book before I’d watched Killing Eve but on reflection there are some parallels with two main female characters where one is obsessed with the other. There is a slightly weird co-dependency.

My Sister The Serial Killer explores the nature of sibling relationships and rivalry as well as society’s love of the superficial. The story is set in modern day Lagos and the themes resonated with me as a  western reader. One bit that had me laughing as I walked the dog was after Ayoola had killed yet another boyfriend, she was wondering how long she needed to wait until it was socially acceptable to post happy selfies on Instagram.

There is also an interesting subtext throughout the book of how we respond to perceived beauty.  The narrator is seen as less physical desirable than her sister who everybody, including their mother, treats more favourably is in thrall to. In some ways Ayoola intentionally uses her looks and effect on men as power in an explicitly patriarchal society.

If you want a fun read that is slightly dark but will make you laugh. Give My Sister, The Serial Killer a go.

If you want a fun read that is slightly dark but will make you laugh. Give My Sister, The Serial Killer a go. Click To Tweet

Queenie is a young journalist living in London. She works for a fictional site that is something like Buzzfeed. At the start of the book she is just about to embark on a break with Tom, her white boyfriend, who she lives with but has been having difficulties with for a while. On the surface Queenie is about dating as a 20 something woman in London, as such it’s been touted as a millennial  Bridget Jones. We see Queenie embark on a series of dates and sexual encounters throughout the book. Queenie only dates white men, deliberately, so this adds an extra (not always pleasant) dimension to some of the situations.  But the story is also about friendship between women, some of the book is told via What’s App discussions with Queenie’s 3 close but very different friends,  “The Corgis.” Each of Queenies friends represents a key part of her life. Kyazike (pronounced Chess-ca) is a childhood friend who keeps Queenie anchored in her roots. There is also a friend from uni who used to fit but we can’t quite work out why they are still friends now and Darcy is a friend from work who represents her grown up life.  Using her friends and the relationships they have Queenie is also about class and how (Black) working class people maintain links with who they are once they become educated and start inhabiting different worlds.

Queenie also touches on how trauma can affect the actions and choices we make in adult life.

You will find Queenie either very familiar or shocking depending on your own background and stage of life.  Either way it’s a great debut from Candice Carty-Williams and in turns funny and poignant.

You will find Queenie either very familiar or shocking depending on your own background and stage of life. Click To Tweet

Any writers or creatives reading this, do not underestimate the power of your personal social media. I bought this book because I’ve followed the author for a few years on Twitter. He’s interesting and thoughtful and I decided to support his work. No Place To Call Home is a beautiful piece of work, exploring coming of age, family relationships and community. It’s about Jean, a young boy who has come to the UK as a refugee from the Democratic Republic of Congo. He lives with his mother, father, sister and an “uncle” called Tonton on a council estate in London. We see Jean navigating young adulthood, friends, school and family just as any other teenager but this is all done through the lens of somebody who has been forced to leave their home country. As the story emerges we realise that Jean’s legal status in the UK is uncertain and there is a sad, tense, heart-breaking section where his father, Papa, goes to an interview at the Home Office after a misunderstanding at work.

We live in an increasingly hostile environment for immigrants and refugees, Fictional books like No Place to Call home can bring home the human impact of government policies that lack empathy. Click To Tweet

We live in an increasingly hostile environment for immigrants and refugees in the UK and wider western World, especially Black and brown ones. Fictional books like No Place to Call home can really bring home the human impact of government policies that lack empathy towards people who have already been through events that the rest of us have only seen in our nightmares. No Place to Call Home is about belonging, who we choose, who we reject and why.

If you consume Black British culture you may notice a London-centric bias. I didn’t notice this much in my younger life because I was born in London and lived there until I was 25 but now that I don’t it is really obvious. The Private Joys of Nnenna Maloney bucks that trend. It’s set in present day Manchester and recent past Oxford. Nnenna Maloney is an intelligent, sensitive, thoughtful 17 year old girl who lives with her white English mum and has never met her Nigerian dad. It’s a book about finding your place in the world and that tricky time when you think you are an adult but are really still a child and don’t fully know how to come to terms with that. The private joys of Nnenna Maloney is also about love within families and how our own issues as adults can sometimes mean we end up hurting and alienating the people closest to us.

“She thought about how odd love is; how strangely it treats us, how sometimes it makes us reserve even slight impatience for those we café for most”

The book is told in two strands. One is the present where we see Nnenna, her mother and the people in their current lives interacting. The other is a pre-Nnenna world where we see Joanie at university in Oxford with Maurice, her father, an engineering undergrad from Nigeria.  Another smaller subplot is that of Jonathan, who is a friend of Joanie’s and Maurice’s from Oxford. Jonathon has recently moved to Manchester and is trying to reboot his life, he also happens to be gay.  I’m highlighting it here because it’s rare to see Black gay male characters, sensitively written as rounded characters, especially in books aimed at mainstream audiences. Read The Private joys of Nnenna Maloney if you want to be immersed in a story that realistically covers family life from both sides of the parental/teenager divide with a keen eye, plenty of warmth and frequent humour.

The Private joys of Nnenna Maloney realistically covers family life from both sides of the parental/teenager divide with a keen eye, plenty of warmth and frequent humour. Click To Tweet

This is a cheat. I didn’t read this book this year. But it’s one of my all time favourite books and the author, Andrea Levy died this year so I wanted to celebrate her. Have you ever read a book that connects with you on a cellular and emotional level? Small Island is one of those books for me. When I first read this book, probably over a decade ago now, it felt like reading a fictionalised version of  my family history. I felt as if I was back in 60s London with my grandparents when they arrived here ready to make a new life for themselves fresh from Jamaica.

Have you ever read a book that connects with you on a cellular and emotional level? Small Island is one of those books for me. Click To Tweet

Small Island is actually set in post war London 1948 and details the experiences of a cast of characters affected by the West Indian “Windrush” immigration to the UK. Hortense and Gilbert are a couple who have immigrated from Jamaica for a better life and Queenie and Bernard are a white English couple. Queenie becomes a landlady while her husband is off fighting in world war 2 and that is how her story becomes intertwined with Hortense’s and Gilberts.   Since this book was written it has been made into a (very good) BBC mini series and a play but where it really hits is its portrayal of human interactions and romantic relationships. It’s a brilliant book which I can’t recommend highly enough.

Black history month was an excuse for me to write about some books I’ve been meaning to for a while but remember Black authors write books all year round so use this list as a gateway not a final destination.

If you are a school leader interested in the human side of leadership then my book The Unexpected Leader is for you. Read a sample and if you like it then order on Amazon.