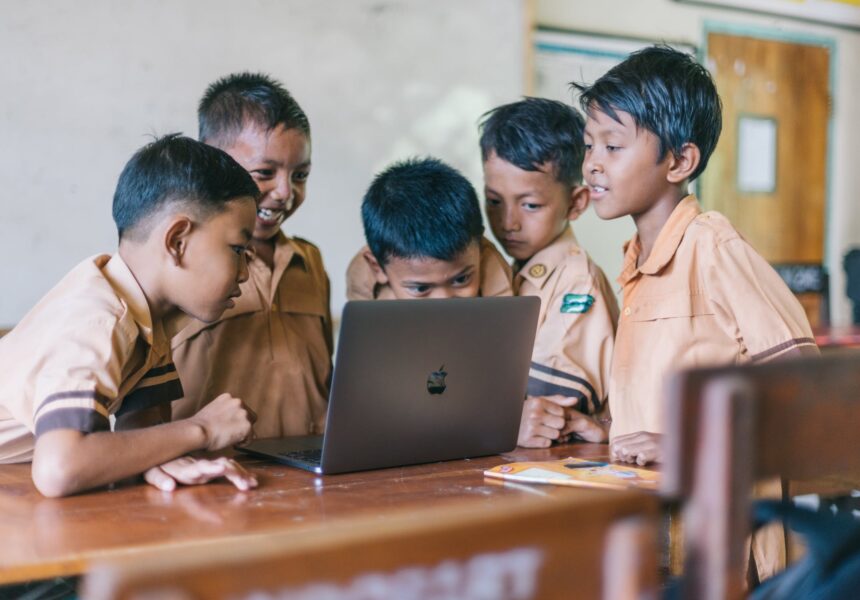 young boys in a classroom around a laptop (pexels.com)

A creative writing workshop made me question if fairer educational outcomes would really lead to a fairer society.

Much of what I do now involves writing. This would be surprising to an earlier version of me who trained as an engineer and spent several years as a maths teacher. I communicate via writing to persuade people at work. I’ve written a book, The Unexpected Leader, and contributed to several others. I write with the hope that readers might think, feel, act or consider the world in a different way. I write to learn, to understand, to work out how I’m going to act and to wrestle with new ideas.

Generally, I write non-fiction. I use stories and anecdotes because I notice they tend to connect better with an audience and many people seem to remember stories better than a list of bald facts. I often interweave stories with facts and research but I don’t write fiction. I’m amazed at how fiction writers can create worlds from scratch. With non-fiction the material is already there, it’s existing information, or it’s being created as real life happens. All I have to do is be observant and use words to make sense of it.

When I get chance to learn from writers who I admire, I jump at the chance. Earlier this year I attended an zalon- salon via zoom- with writer Courttia Newland.

Courttia was talking about his most recent book, A River Called Time, which is part of the speculative fiction genre.

The attendees discussed what speculative fiction was. Originally, I thought it was a rebranding of what was formerly called Science Fiction; books like A Brave New World or films like Bladerunner. Now I understand it to be a slightly broader category.

Speculative fiction stories are ones happen in a world that has similarities with the real world that the writer and audience know and understand but then apply a key “what if?” This concept is developed to see what the implications would be.

A Handmaids Tale: What if… the United States of America were taken over by a totalitarian, Christian fundamentalist regime in a society where most women were infertile?

Never let me go: What if… there were a subclass of humans bread for organ donations and their whole life revolved around that aim?

A River Called Time: What if… the trans-Atlantic slave trade had never happened and a major private corporation ran England’s major cities?

The Power: What if… teenage girls worldwide woke one morning with extraordinary physical strength and power that outstripped men and boys.

Courttia described his starting point for speculative fiction as having one key “What if…?” question and then exploring some of the practical implications stemming from that new reality in the world he was creating.

I decided to try a thought experiment for a question that has in many ways dominated my working life and thoughts around education.

What if… educational outcomes were not linked to family wealth or background?

A world where educational outcomes were not linked to family wealth

People passionate about education and social justice often conflate better educational outcomes with a fairer society. I know I have. Decoupling educational outcomes from family wealth would result in a different society to the one we currently have in Britain but it may not solve everything that we hope.

A different type of unfair

Having fairer educational outcomes, although a good start, will not on its own solve the deeper more entrenched inequalities in our society because -like other attempts at social mobility- the focus is on improving outcomes for individuals rather than attempting to improve or overhaul our system for groups who are chronically disadvantaged.