How thinking about design can help leadership and teaching

You may not have the job title of designer but every day you create a product (your lesson) or a service, or you interact with other people. Design impacts all of us, even if we aren’t aware. (4 min read) 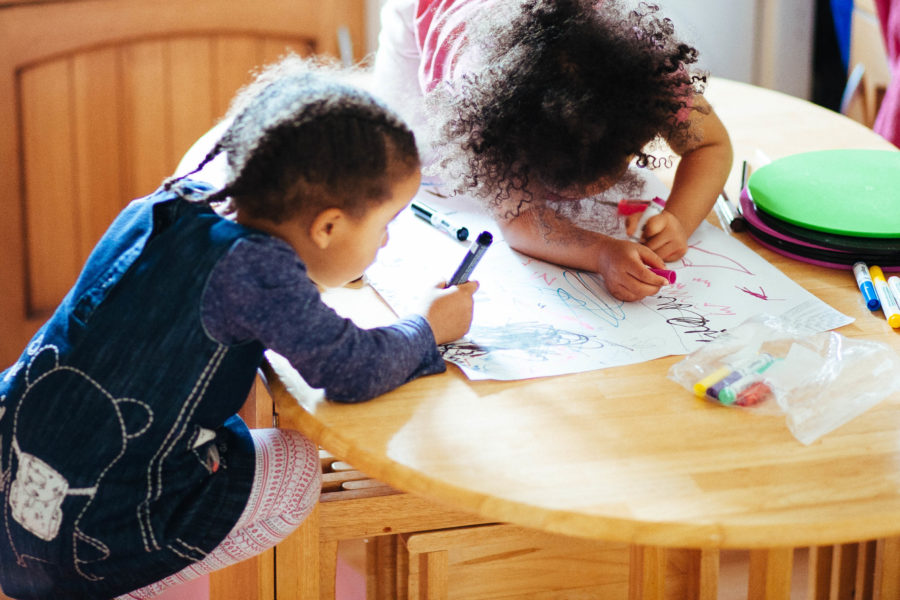 About a year ago I started a job that wasn’t teaching, it was at a think tank, LKMco,  which specializes in projects and research that aim to make a fairer society for all or our young people. This was scary for me – I’d taught for 12 years at that point, and was an Assistant Headteacher. I’d developed some expertise, and now I was coming out of my comfort zone. I had left a clear career path for a job that was harder to explain and less defined, while at the same time demoting myself at school (I remained a maths teacher for 2 days a week).

In my year as an associate (now senior associate) at a think tank (nope, it still isn’t easier to explain to most people than Assistant Headteacher) I’ve developed in a variety of ways and I’ve learnt a lot, much of which can be applied to leadership, schools and other environments.

One thing is about the importance and transformative power of good design. My first project was for a corporate client who commissioned a research and think piece, The Talent Challenge,  into talent management in education. 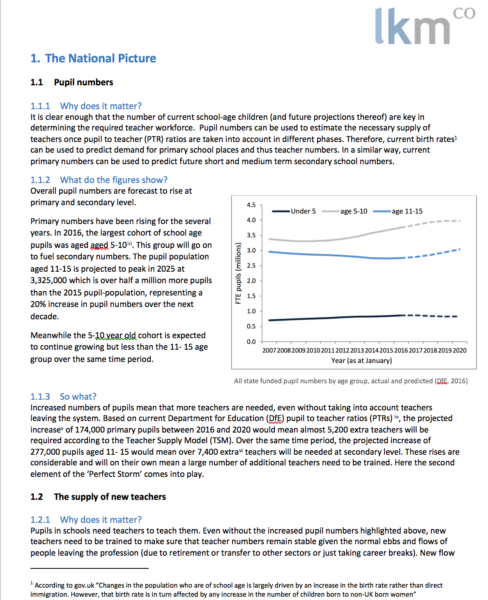 I then suggested what schools could learn from the most innovative thinking in business, including companies such as Google and Patagonia, to attract, retain and develop their workforce.

The piece was well received, both by the client and in the wider educational sector, and I enjoyed working on it.  Leading this project taught me my first explicit lesson about design. On deadline day, after many edits over the course of a week with my boss, I finally submitted the report to the client. The content was good, and I thought it looked pretty slick.

Then, a few days later, we received the designer’s first attempt. I was blown away. Of course the content was the same, but it made my version look like a 5-year-old’s finger painting compared with a beautiful portrait by a skilled artist such as Jonathan Yeo. 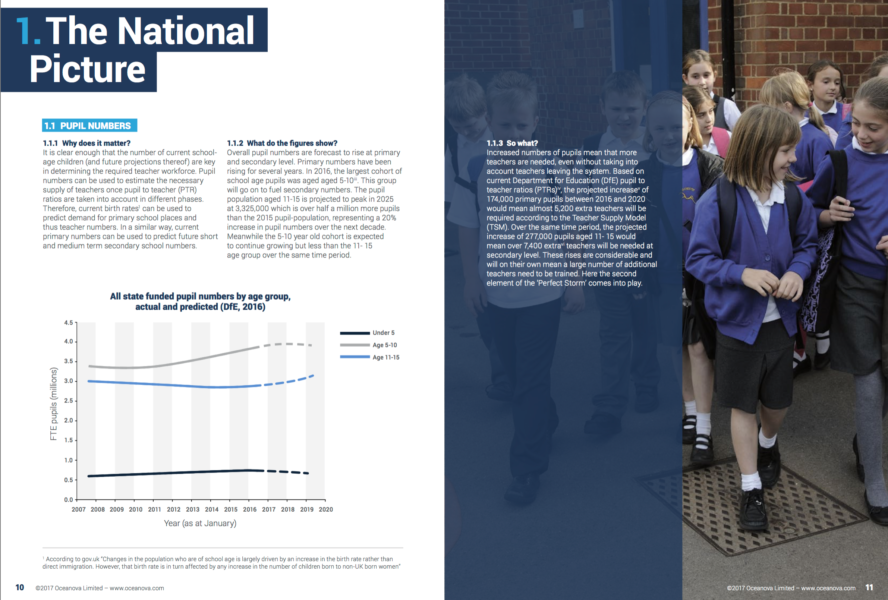 A relationship between you and the world

A good designer can really transform work and how it’s received by the world. When I shared the report with clients and contacts, many commented on content and the ideas within the report itself, but a number also commented on how easy it was to read and how attractive it was as a report. This was entirely down to the excellent designer.

Recently, I was listening to a podcast featuring Robert Bruner. He is an accomplished industrial designer, and responsible for recruiting the man who is now Chief Design Officer at Apple. He explained design as “the interface between you and the outside world.”  I thought this was a beautiful description, and not just one for people in more creative industries.

I remembered my time as a school leader, when a member of staff from one of the departments I line managed was talking to me about the school newsletter. The staff member was from the technology department (of course!) and commented, diplomatically, that although the content was good, the look and feel of the letter could put parents off because it was not as professional as it could be. He offered to design a different template that could be used to make it feel more visually attractive and professional.

I raised this at a senior team meeting and we agreed a trial. Almost immediately there were positive comments about the improvement, and he continued to design the newsletter until there was a complete rebranding for all school communications.

What does your interface say about your school or organisation? I’ve spoken so far about physical products, such as a report or newsletter, but the same applies to a service or an experience.

When people come to visit us at LKMco, they usually come into the Ship of Adventures. It’s an amazing space that is visually impressive, suggesting from the outset that we’re an organisation that’s a little different from the norm. After that, the visitors are often taken up to meet the wider team, or some of us will pop down to say hello. The impression is of a friendly group of people who like each other and will be good to work with. How do I know? Because that’s what I felt when I first visited, and didn’t even know I was going to work there.

If, like me, you are a class teacher, how have you designed your classroom experience? How does it start? What are pupils’ first impressions? How do you communicate to them how you feel about your subject? How you feel about them? How does it end? Yes, you want to teach great lessons, but what impression are pupils left with afterwards? What impression does this repeated interaction leave with them over time? How would they describe you and your lessons to each other, and to other teachers?

If you’re a school leader, what design experience do you create for visitors to your school? What do they first see and encounter? Who greets them? How? Who shows them around? What impression does this leave them with about your school?

This is especially important for interview candidates. Often we think of interviews as a screening process to see who we want to recruit, but forget that it’s also a process for candidates to decide if they want to work for us. This is especially important in a climate where it’s hard to recruit. What experience do you design for people who may become future employees? Does the process tell them that they will be valued and enjoy working with you, or does it tell them something else?

“Design is your relationship between you and the rest of the world,” said Robert Brunner in the same interview I earlier quoted. Make sure that it’s a relationship you consider and influence  explicitly.