What I learnt about deliberate practice from the comedian Jerry Seinfeld

It can be daunting starting a big project from nothing. Surprisingly, Jerry Seinfeld, has some tips that I could relate to. 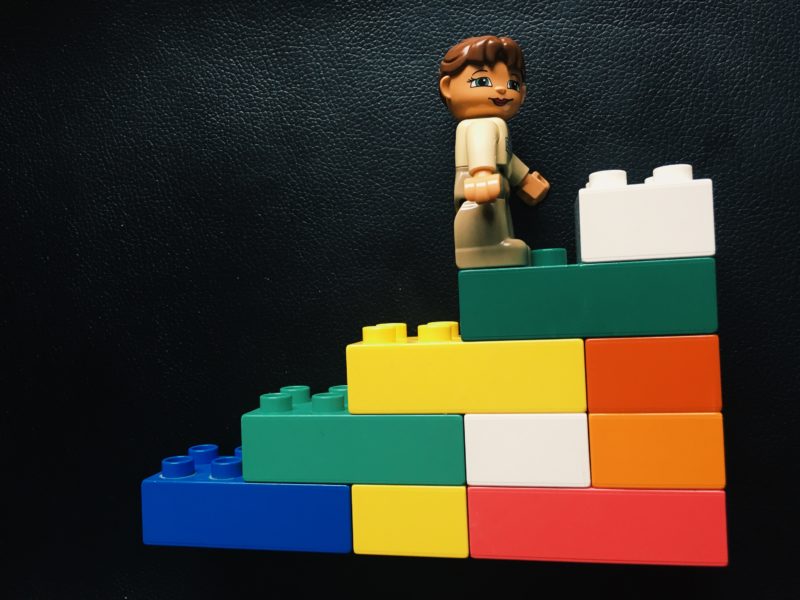 I have never watched the TV series Seinfeld. It has made its creator, Jerry Seinfeld, very rich (at its peak he reportedly received $1 million per episode) and has won numerous awards.

I am, however, interested in lessons that can be learnt from people who at the top of their field and there is no denying that Jerry Seinfeld is one of the most successful comedians in the world.

I am always looking at ways to improve my communication and public speaking. I also have a dislike of PowerPoints and avoid using them wherever I can. It occurred to me after I’d laughed my heart out while watching, the London born comic, Gina Yashere that comedians have people eating out of their hands with only their written material and their performance. I watched the Comedians Documentary, which follows Jerry Seinfeld for about a year, because I thought learning about public speaking and performance from one of the most successful comedians of all time would be interesting.

The documentary starts with Jerry as the most famous comedian in the world. He has just ended Seinfeld and has decided he wants to perform in front of live comedy audiences again. But he hasn’t for 2 years. What follows is the journey of how a world class comedian goes from no written material and rusty live performances to how he gets match fit for a one hour arena-type show.

Here is some of what I have learnt:

Even the best have bad days

Early in the film, Jerry turns up unannounced at a variety of comedy clubs in New York City. He has started writing a brand new routine from scratch and wants to try it in front of an audience. In one performance [05:27] he forgets his routine. He has to stop, look at his notes and somehow get back on track.

“Is this your first performance?” heckles one audience member?

This isn’t an up and coming comedian. It’s the comedian, who at that time, had the biggest show in the world. It’s uncomfortable to watch. You see the audience turning from “Wow, it’s Jerry Seinfeld, what a surprise!” to “Screw this guy, he’s not all that.”

Everybody flops. Everyone. It’s not the mistakes or misfiring. It’s what we do next that counts.

Everybody flops. Everyone. It’s not the mistakes or misfiring. It’s what we do next that counts. Click To Tweet

One of my best friends has no idea what I do these days. She knows I work for a think tank part of the time but she likes her jobs easy to explain like, teacher, shopkeeper, lawyer. We have an ongoing greeting where she asks me “How’s thinking about tanks going?”

For this reason it amused me to see Seinfeld test a joke about people working in a “Think Tank.”[07:31] His take is that nobody knows what a think tank is so he riffs on the idea that perhaps it’s a submarine where they won’t let you off until you’ve had a certain number of thoughts.

We see Seinfeld discussing this idea with some fellow comedians after a show. They bat ideas around to help him hone it, he then re writes it and tests the joke again one night and then another. Iterating each time. This is how you become highly skilled.

The process reminded me of when I first started teaching. As a trainee teacher in 2004, I would write down my lessons and script them. After every single lesson I’d breakdown what had worked and what hadn’t, scribbling over my original lesson plan in a different colour. Which pupils had and hadn’t responded. Which explanations landed. Any on the spot amendments I made that seemed to help. Any questions the kids asked and at what point. Then I’d iterate.

It also helped that I had a couple of classes that were in the same year group so I could reteach an amended version of my original lesson within 1 or 2 days to a different set of pupils.

I went from a teacher who had kids jumping out of the windows to one who could eventually teach some of the children considered the most challenging in the school. Deliberate practice takes time and constant refinement but it’s worth it.

When I was writing my book The Unexpected Leader, I had a draft chapter outline but not much else. I tried a few of the ideas out as talks. Some chapters, like the one about introverted leaders really resonated and hit home. I knew material like that had to be included. A few completely bombed. People were polite but I could tell they weren’t especially moved. The energy just wasn’t there from me or the audience. I dropped those chapters straight away.

Part way through the documentary Seinfeld is talking to an up and coming comedian, Orny Adams, who is impatient for success [12:33]:

JS: “You had something else you’d rather have been doing?”

JS: “You got somewhere else you’d rather have been?”

I graduated 3 years later than most of the people I was at 6th form with. At the time I felt like a bum, my friends had been earning for 3 years and here I was at 24, living at home, still at uni, with negative £2000 in my bank account.

It’s easy to be impatient, we live in an instant world. We compare ourselves to people who are billionaires before they’ve finished puberty. Seinfeld encouraged the younger comic to reflect on the fact that he was doing what he loved even if the outcome wasn’t yet what he hoped for. We need to enjoy the process while working towards the final product.

After a difficult performance. Seinfeld comes off stage and says to his friend:

“I fucking hate it.”

This scene reminds me of when I was a teacher. Sometimes I’d have a terrible lesson with a class or a bad exchange with a particular student and at the end of that hour I’d want to disappear into a corner and hide. I hated teaching. I hated that class. Life was awful. With time and experience, those situations became less frequent and I found it much easier to separate a bad lesson or particular event from my overall feelings about my job. One bad experience, or even a few doesn’t necessarily mean everything is awful.

You build something important one step at a time

Seinfeld’s goal was to have enough material for a one hour arena type live show (which I think was to be filmed as a TV special). He wanted completely fresh material. He had none at all to start with.

During the documentary we see him work for weeks until he has what he feels is 5 mins worth of usable material.

3 months into the process, Seinfeld has 20 mins worth of material that he feels is worthy. That’s after testing it live several nights a week and then re writing.

6 months into the process he has 45 mins worth of material. Six. Months.

We often see the finished product of creative or important work. We don’t look at the hard work behind it. I’m proud to have a book out in the world. The Unexpected Leader took at least three years of my life intermittently. It’s over 50,000 words long. I’ve actually written at least double, possibly three times that. Whole drafts completely scrapped and unused. Chapters ditched or rearranged.

I wasn’t a writer at the start of the process. I started with nothing at all. How did I start? Somebody who has an engineering background, and hadn’t written longer than 5000 words before? One word at a time. 500 words daily.

Thinking about the finished product can be overwhelming if you start from nothing but one page, one phone call, one email, one sentence. That’s doable. Then once you’ve completed that you know you can do the next.

You can’t please everyone

I had a speaking engagement once and one table in particular spoke all the way through. It was really annoying and off putting and I felt rubbish afterwards.

I had empathy when Seinfeld reflected immediately after some people had talked throughout his set. At this point he had been practicing for many months and was feeling close to his peak:

“What material do you need to have?

How big do you need to be?

I think you have to have a very particular mindset to want to be the best at something. The best requires constant improvement, constant refinement, whatever you do there is always more. On the one hand Seinfeld appreciates that he has had amazing success but on the other the hand…

“I have this image in my mind of what a comedian is supposed to be and what I have to live up to. I always fall short” – Jerry Seinfeld.

If somebody considered one of the best comedians in the world can feel that way then so can we. I was reminded of Ben, one of the school leaders I spoke to for The Unexpected Leader. Despite being well respected and clearly good at his job Ben mused:

“I’ve kind of always wondered, ‘Could I break this? Is it all going to fall apart?’ I’ll often watch other members of SLT and learn from what they are doing as well. So I wonder whether I’m always going to have this inferiority complex.”

Having high standards requires growth and improvement but when is the limit? When are we too harsh on ourselves? As the type of person who might get 95% on a test and wonder where I missed the 5%, I’m increasingly thinking that driven people need to create space for self-compassion too and take time to celebrate success and progress, even if it seems small.

Driven people need to create space for self-compassion too and take time to celebrate success and progress, even if it seems small. Click To Tweet

Take 1hr of your life to watch Comedian. If you are interested in peak performance and how a world class performer gets match fit, it’s fascinating. If you are trying to improve your public speaking in any way at all it’s well worth a watch (free link here if you are ok with Spanish subtitles).

If you are a school leader interested in the human side of leadership then my book The Unexpected Leader is for you. Read a sample and if you like it then order on Amazon.
Enjoyed reading this blog post? Subscribe for future ones  you’ll also get a free copy of my ‘9 Lessons for unexpected leaders’ pdf.