Jean-Micheal Basqiaut was a self taught American artist.  After attending an exhibition of his work in London here are 8 things I realised that professionals in any field can learn from him. 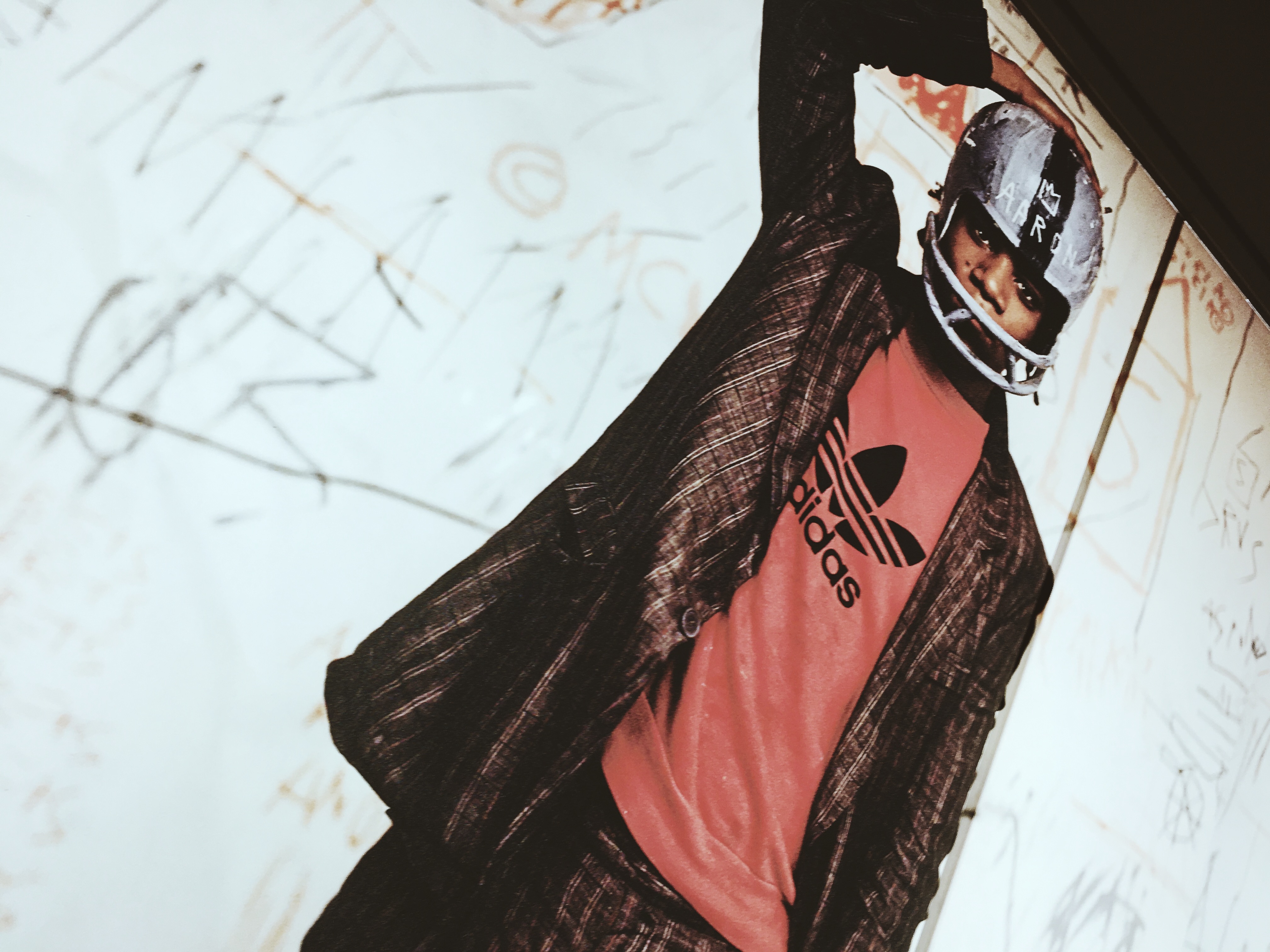 Taken at the Barbican.

A few weeks ago I decided to go to a gallery after work. I hadn’t been to see any art for a while and felt like I needed some inspiration after a week of being ill. On a whim, after a recommendation from a friend of my partner’s I decided to go and see Basquiat: Boom for Real at The Barbican, London a celebration of Jean- Michel Basquiat’s work. As soon as I came out of the gallery I made notes about what I’d learnt. It really connected with me even though his art isn’t what I’d have on the walls of my house.

Basquiat was a self taught artist. His lack of formal training was not a barrier to getting started. We can often tell ourselves that we don’t have the credentials or qualifications to do something. It’s an understandable excuse but really born out of fear. If we really want to do something we should try it and keep learning in order to improve. Basquiat knew that he needed to keep learning so he continued to gain experience from others along the way. I love learning and trying new things but I’ll procrastinate because I don’t feel I’m an expert but the truth is we learn by doing and nothing is ever perfect the first time.

Basquiat took his inspiration from everywhere, music, film, books. He collaborated with early hip hop artists in New York City, to produce album cover art. He would often paint but he didn’t restrict his learning to only one field. In education we can learn from other sectors, art or sport. Indeed, here I am, an educational researcher and consultant who comes from a background of school leadership writing about being inspired by a self taught artist who died when I was 8 years old.

It’s easy to become myopic in our views but there is no need to stay in a silo. When I was a head of department I used to get ideas from other subjects and arrange cross departmental training for my team.  In my life as a think tank associate, the research methods of a recent project that I’ve lead on has been influenced by a film making course I attended 2 or 3 years ago and my personal interest in documentary photography. 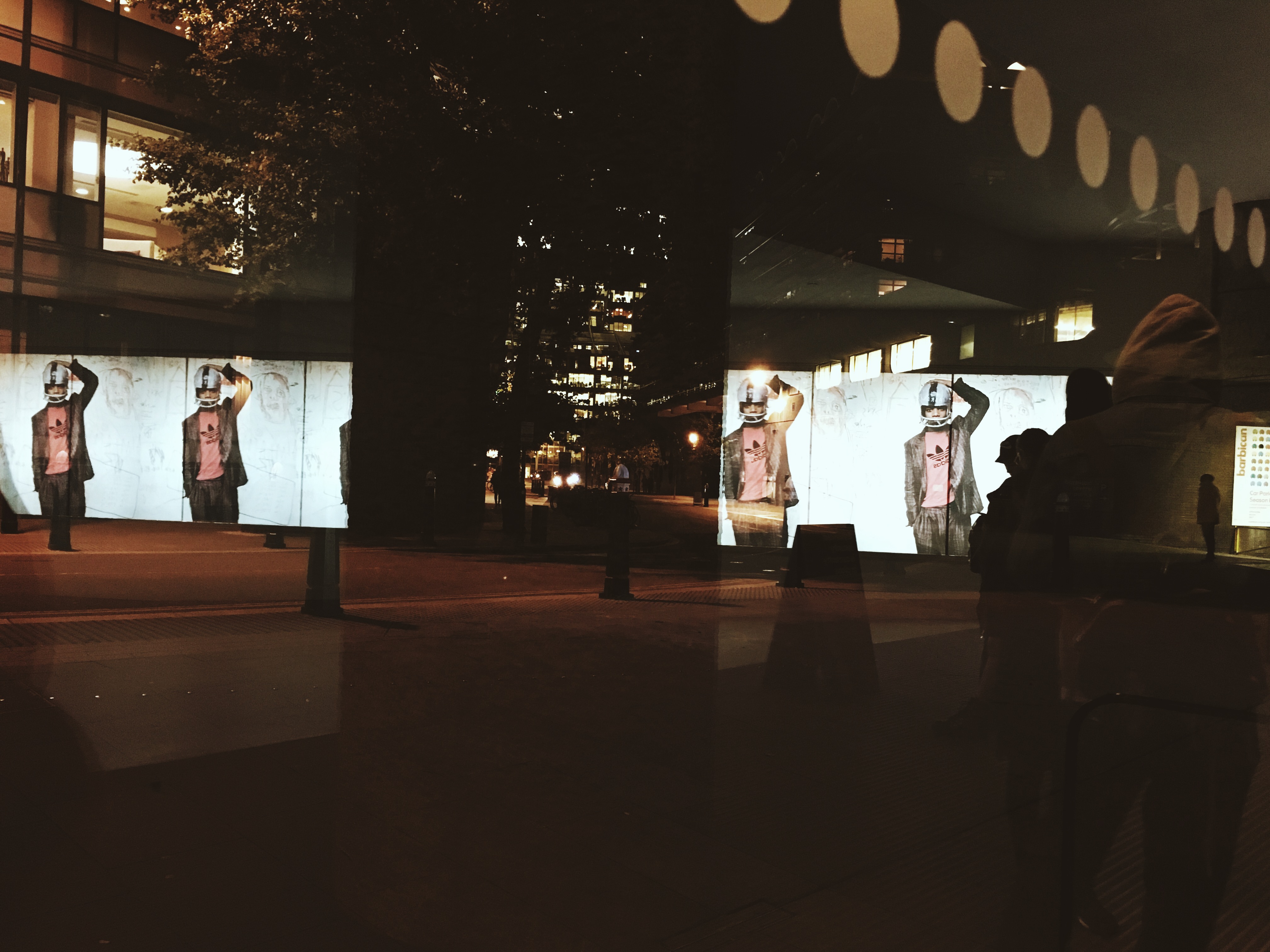 Taken at The Barbican

Basquiat collaborated throughout his life and career. He first became prominent after a graffiti and photography collaboration with a school friend, where they created a chacter called SAMO, a bit like  precursor to Banksy. They covered 1978 New York City with witty, surreal graffiti and caught the attention of the art scene. Later he collaborated with Andy Warhol and a host of others. Collaboration can bring new ideas and help you to approach things from a new point of view. I’ve enjoyed writing my forthcoming book, The Unexpected Leader, because each chapter is a collaboration with a school leader, telling their story of why they they don’t fit the expected template for leadership but how they have used their difference or unusual experience as a strength. Patti Smith’s Just kids is an excellent autobiography to read for people interested n collaboration and building their own scenes or networks.

4. Approach those you admire

In 1979, a young Basquiat saw Andy Warhol having lunch with a friend at a restaurant in Soho, NYC. At this time Warhol was already massively famous. Basquiat summoned the courage to share his work with him and Warhol bought one of his self produced postcards. They were introduced properly a few years later and started an ongoing collaboration. It can be scary to approach people that you admire professionally but social media has taken away many of the barriers. I have connected with very knowledgable people in education and photography just by finding an email address or sending a message via Twitter or Linked in.  Sometimes it’s resulted in an interesting conversation on line or in person, other times a job interview, sometimes ongoing friendship or artistic collaboration. Each time it’s been scary but the worse than can happen is a “no” whilst the best can be entirely unexpected.

5. Labels do not define you

Basquiat was self taught. He hadn’t been to art school. He was young. He was Black. He did his thing anyway. He created what he wanted to create and became celebrated on the New York Art scene. Labels need not define us. I’m from a working class background, I’m a woman and I’m Black. I went to what is considered an elite university to read Engineering because it never occurred to me that I wasn’t supposed to. We often listen to the labels that people give us. Your boss doesn’t define you. Ofsted doesn’t define you. What people say you are doesn’t define you. Do your thing.

6. Use your platform to critique society

“We were commenting on whatever we were dissatisfied with, or thought was funny – whatever! Consumerism, religion, politics…What we were doing was more like Greco-Roman graffiti, making commentaries on the world around us and that set us aside.” – Al Diaz (SAMO co-creator)

Schools, teachers, leaders we all have a platform. Basquiat had the streets of New York as his. Ours are or classrooms, or assembly halls, our daily conversations, the meetings we chair. This is not about indoctrination. It’s about creating conditions for staff and students to question and critique and challenge a common narrative, even sometimes the narrative that we may have set. 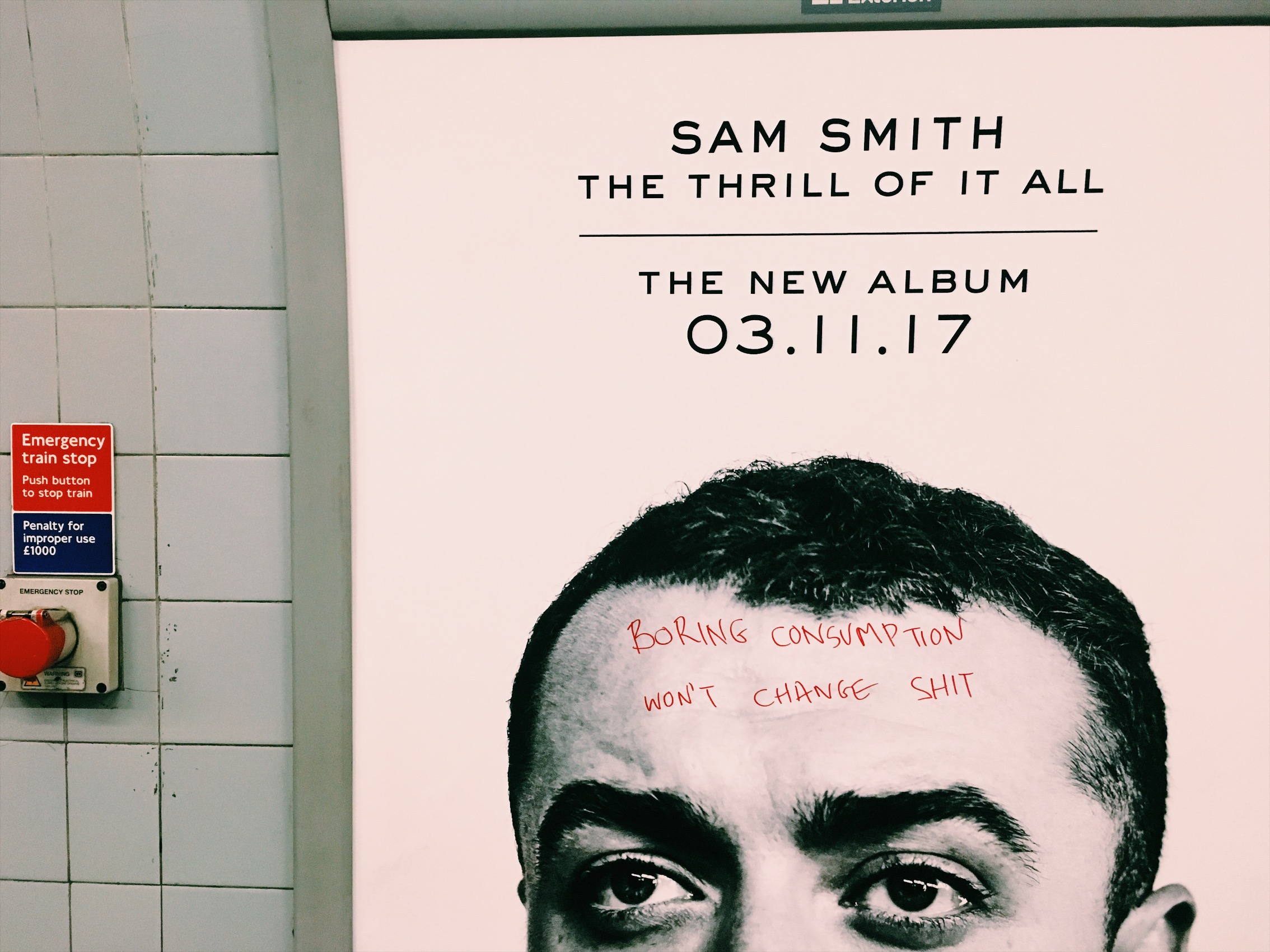 Taken at Highbury and Islington, London.

Warhol, Grace Jones, an early Madonna, each of these were attendees at a club night that Basquiat used to attend. He found a scene of others who were artists and experimented and tried new things like he did. At times during my career in education I’ve felt isolated, I wanted people that I could share ideas with who understood how I thought. I’ve been lucky over the years to find unofficial mentors and peers via groups such as HipHopedUK, Womened and BAMed. Whilst writing my forthcoming book,  The Unexpected Leader,  a recurring theme from the school leaders who shared their stories with me was the importance of finding or creating a network of people who you can turn to but who will also push you further and inspire you.

8. Dump things that stop working but learn from them

The SAMO graffiti collaboration on the streets of New York city  had to some to an end after the true identities of Basquiat and Al Diaz were revealed but the imagery continued to appear later throughout Basqiuat’s work. You may work on something that fails, a lesson, a presentation, a whole school initiative but the process and learning can be learnt from and developed. Alternatively you may have something that always used to work but is no longer suitable. I once implanted an evaluation system that worked great in one school but needed adapting in another. I didn’t get precious about it, I just took staff comments on board and made it better. That’s life.