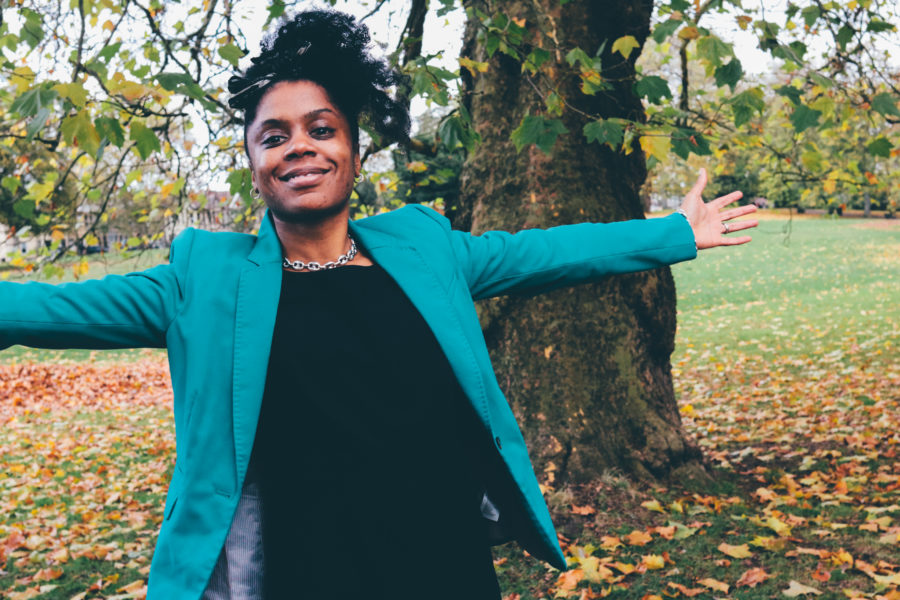 Are you fed up of moderating yourself for people you can never please? Do you feel pressured to constantly explain yourself to the mainstream? Stop. Learn from Toni Morrison and don’t explain. Live your life and let others catch up.

Toni Morrison, Nobel Prize winning author, died last year. As her death was reported I realised that although she was a celebrated author, who I had seen and heard quoted many times, I’d actually never read any of her novels.

I decided to read The Bluest Eye, her first novel, published in 1970. The Bluest Eye is powerful writing that is sometimes uncomfortable and frequently beautiful and funny. Percola is a little girl who longs for blue eyes and blonde hair. She longs to be pretty like the girls in books and on tv, like the dolls her age mates cherish and like the other girls she sees people in her community fussing over. The only thing is that Percola is Black and all of those girls are white.

This is a story about how society’s beauty standards affect us. It’s about who gets to matter and who is protected. Who is treated as precious and who is disposable. Morrison writes people and communities beautifully. She doesn’t explain. Poverty and racism are not marvelled over or wondered at as with some authors, in this novel they are as banal and everyday as the morning dew. Once she has rendered poverty and racism as part of the fabric of everyday life, Morrison is free to delve into the characters. Poor people are given personalities, dreams and backstories. They are  not used as ciphers or plot twists or part of the redemption arcs for a more conventional hero as marginalized characters might be in novels by other authors.

Morrison is brilliant at dialogue. Particularly dialogue between adult women between themselves.

“How come you always say ‘Whoa Jesus’ and a number?” Percola had long wanted to know.

“Because my mama taught me never to cuss.”

“Did she teach you never to drop your drawers?” China asked.

“Didn’t have none,” said Marie

The rhythm of the exchange above between two women in Percola’s small town who work as prostitutes  reminded of conversations with female friends that I’ve had as an adult or that I overheard grown ups having when I was a kid. Conversations that quickly veered from the everyday to more raucous. Conversations where children happened to be present but were not expected to take part and where the main meaning flew over their  heads.

The Bluest Eye covers difficult subjects. The second sentence of the book made me exhale out loud and pause reading for a short while. Morrison signals early that, although marigolds are mentioned, it would not be a bright and easy read. She asks us to consider how we protect the most vulnerable in our society and to consider the effects of multi generational trauma upon individuals, families and whole communities. She doesn’t explain. She writes a world for an America (Black, poor) not used to seeing itself in art apart from mediated through the eyes of others. Here are not the eyes of a voyeur or tourist, they are brown not blue and they write with humanity, insight  and without sentimentality.

One of the things that I loved the most about Toni Morrison’s writing is how unapologetic and uncompromising she is. She writes as if you know the communities she is talking about and know the references she makes. She writes like a writer who is part of a majority who is already understood. Her writing reminded me of an interview I read with the writer Viet Thanh Nguyen

“If you are coming from a background outside of [the majority] as some kind of disempowered, marginalized, minority population, you may feel the pressure to explain yourself and your culture, to translate yourself, your languages, your customs, and so on and so forth — this is something that must be absolutely resisted by any writer,” Nguyen said. “When I say write like a majority, I don’t mean like a white person, I mean write as if we ourselves are speaking to ourselves, and let everyone else catch up. That’s where you get interesting art, and even hopefully, great art, to come from.”

If you are from a marginalised or underrepresented community, this post is for you. You do not need to explain. Eat your traditional food proudly. Model ‘pon them with your clothes. Listen to your niche music. Speak in your true voice. Be unapologetic about your background. Write, make, speak and work on what matters to you because of who you really are.

Write, think, act, play and love with the comfort of the majority while retaining the beautiful insight  that comes from being part of the minority.

Do not waste time moderating yourself for people you can never please.  Your time cannot be replaced and they will always find excuses to withhold or undermine. Do not waste precious words explaining to people who are deliberately, repeatedly and continually  obtuse. Whatever your tone or choice of language, they are committed to misunderstanding and misinterpreting. Instead, find those who understand now, overstand, or will make an effort to in the future. Walk to your beat and let others catch up.