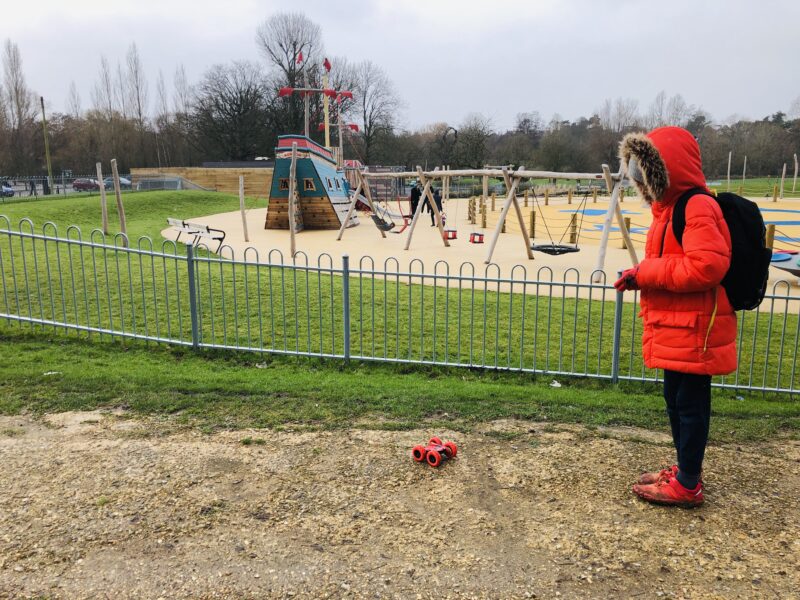 School break times have reduced since the 1990s. There are differences for older pupils and for poorer pupils. Is leisure and rest something only for certain sections of our society?

Early in my teaching days I worked at a school that had a lot of behavioural issues. It felt like not a single day went by without a major incident at morning break or lunchtime. Eventually the senior management team took a radical decision and shortened lunch times to half an hour. I forget the official reasoning given, it could have been to allow for staggered lunches that created a faster flow of pupil movement and less overcrowding through the small canteen area.

Teachers knew that the other desired effect was to control behaviour. 30 minutes is just about enough time to eat your lunch and use the loo. Cutting the lunch break from one hour to half that time would mean drastically less unstructured time and the hope was that less unstructured time would mean fewer fights and problematic events on the playground.

I don’t remember this policy having a huge effect. A chaotic school is a chaotic school and if pupils  lack the tools to solve conflict outside at break and lunch, they still lack those skills moving around the school building and within their lessons. Fights may have had less time to occur outside but they still managed to start for the smallest of reasons inside the school.

I was reminded of my time as a maths teacher at that school when reading that school break times in England have been getting progressively shorter over the past two decades.

Unsupervised time for children and young people is decreasing

The 90s coincided with the Blair government’s focus on “education, education, education” and  a desire to drive up educational standards in the state sector. Perhaps it’s not a surprise that break times, which have less obvious direct educational value than a taught lesson, have been squeezed since the Blair era. The main reasons given by schools in the report for reducing break time was to use the time gained for more teaching and learning. For many schools this extra curriculum time is a direct outcome of cutting afternoon breaks. Only 15% of primary schools reported having an afternoon break (usually about 15 minutes long). Afternoon breaks in secondary schools are rarer than sitings of an extremely shy snow leopard.

Play and fun is only for the rich?

My spider sense generally tingles when it notices obvious inequalities. There appeared to be some correlation between the length of break times and the overall wealth of the community that schools served. Independent schools had longer breaks than state funded schools and primary schools with higher proportions of pupils receiving free school meals tended to have comparatively less overall time for breaks. Those findings reminded me of societal views towards “benefit scroungers” and I wondered if this was a manifestation of a wider societal view that leisure and rest is something that needs to be earned rather than something that all people need and should have access to irrespective of wealth, age or employment status.

“Limiting the perceived poor behaviour of students” was another reason given by staff for shortened break times. This echoes my own earlier experience as a teacher. Pupils echoed staff concerns, identifying “the poor behaviour of some other pupils as the main challenge of break time.” This is interesting because in the same period that breaks had shortened, schools had reported a perceived improvement in pupils’ behaviour. I’d find it interesting to have more information about this – as I always used to drill into pupils in my maths lessons- correlation doesn’t mean causation.

Recently at work we had some training about contextual safeguarding, delivered by Dr Carlene Firmin, and it got me thinking about the different elements that can keep children and young people safe in a variety of environments. Shorter break times may provide pupils with less time to engage in dangerous behaviour with each other. However, the last 20 -25 years has also coincided with a substantial investment in new school buildings as a result of programmes such as Building Schools for the Future and the Priority Schools Building Programme. The physical architecture and design of school buildings and outdoor spaces can have considerable impact on how children and young people use and and interact in and with a space. More schools with better designed spaces, with increased visibility, fewer hidden nooks and better communal spaces for sitting or playing may have contributed to better (perceived) behaviour. Another contributing factor could be that the proportion of staff on duty during break times has increased over time.

There has been a marked increase in the average numbers of adult supervisors supervising breaks on primary and secondary playgrounds. – Dr E. Baines and Professor P. Blatchford

Attainment is important, so is rest

Attainment is important. Pupils from poorer backgrounds should have the same academic opportunities and life opportunities as their peers from more affluent backgrounds. There is inequality in the English educational system and removing this inequality was the number one shift I wanted to see in education while I was a teacher.

I also want all (young) people to lead healthy and well rounded lives. Breakfast clubs have increased, there has been an increase in schools offering curriculum support activities after school and the government has announced £200 million pounds for Covid catch up summer schools. Over time there has also been a reduction in the proportions of pupils who meet offline with peers outside school.

School is increasingly the main and in some cases the only context where young people get to socialise directly (and in unmediated ways) with peers and friend of their own age. -Dr E. Baines and Professor P. Blatchford

At a time when adults are talking about being burnt out from work and realising the benefits of more breaks during the working day, it’s interesting that the trend in some types of school is going the other way. Everybody needs rest. Maybe we should be more worried about the encroachment of structured school and curriculum time into the relaxation and recovery time of young people, particularly those from poorer backgrounds.