All Gods are white! 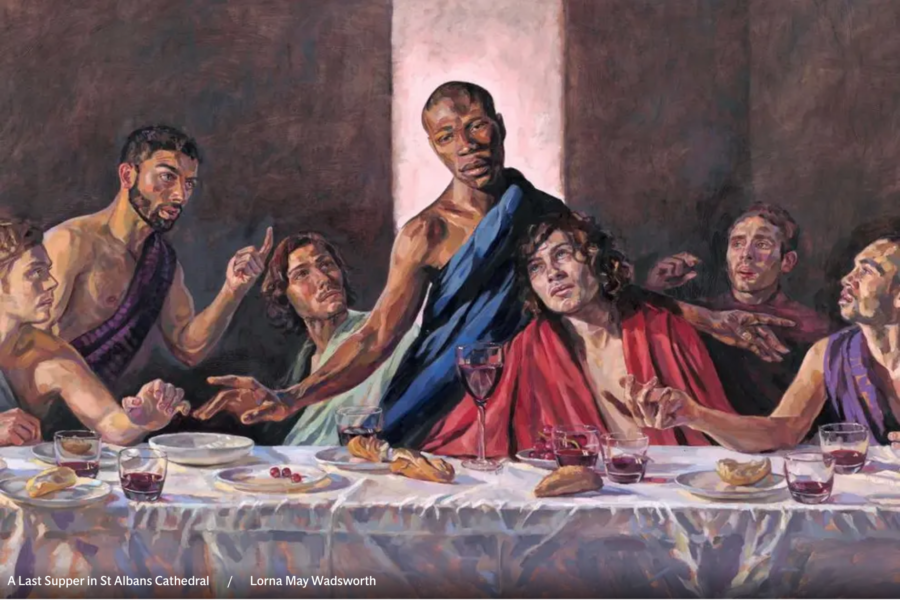 My kids are used to thinking about people of all races in various positions of power. Why do they insist that gods are always white?

Imagine the following pandemic scene. Two parents are working in a room, trying not to disturb each other while on work meetings. A pair of 7 year olds are doing some remote learning in the kitchen next door. Every now and again a parent wonders in to the makeshift home school space to answer questions and check things are ok.

Teacher on pre-recorded Religious Education lesson: “We can’t show a picture of the Prophet Muhammad but here’s how we assume Jesus looked…”

Parent 1 (me): *Walks past and sees picture of proposed Jesus, “Is it really though? Jesus wasn’t white.”

Parent 2: *quiet laughter behind her hand wondering how much this lesson is going to be derailed

In recent years there have been calls from various groups and individuals to decolonise the curriculum. This has made headlines in universities with high profile campaigns such as Rhodes Must Fall, which made headlines due to protests at Oxford University but originated in South Africa. In schools, some teachers have been wondering what lens the curriculum they deliver is taught through, which voices it centres and trying to redress that balance when they’ve found it skewed.

From my experience and observation, the starting place for many schools when it comes to widening the stories and voices and expertise covered in the curriculum tends to be English and History. For English, texts by a wider array of authors or featuring a wider array of protagonists may be sought out. Alternatively, for History a wider variety of perspectives and may be considered and interrogated.

Until very recently considerations around decolonising the curriculum was something discussed only in (some) schools and other educational institutions but now that school is at home for the majority of school-age children it’s something parents may have to address directly too.

An unusual setting for white supremacy

At this point I should raise some background points that are relevant. I am Black. My children are Mixed Black. They are used to seeing and interacting with Black people, Asian people and other people who aren’t considered white. They know and are used to images of people of various races being in positions of power. They read, watch and listen to art and media where Black and Asian people are important characters. My son requested that we read and learn more about Black British History at home after the international Black Lives Matter protests sparked by George Floyds’ murder last summer.

And yet, one of my 7 year olds was still incredulous when I suggested that Jesus almost certainly wasn’t white. Not only was she incredulous but she was also adamant that not only was Jesus white but that “All Gods Are White!”

I was curious, so I asked a few more questions- it’s always interesting to hear a 7 year old’s reasoning. During the course of our discussion I said something like- “Well, people make up gods who reflect them, so generally white people will have made white gods. If you go elsewhere in the world, gods aren’t always white and better reflect the people worshipping them.” One of the kids mentioned the Hindu Deities being blue and I admitted I didn’t really know what to say in response to that.

Chetty goes on to outline how this is a result of the overwhelming whiteness of characters (and published authors) in children’s literature. Children of all backgrounds grow up expecting characters in stories to be white (this also extends to film and TV). In our household, we’ve put a lot of effort into ensuring that our children don’t expect that.

I did have some pause for thought in realising that although they are happy for humans to be in all different guises our kids automatically consider beings who are meant to be all powerful and superhuman to be white. Ours is in a non-religious household, where we do talk about God or gods if asked (they like Greek Myths and Percy Jackson and I had a thoroughly Christian upbringing) but we’ve never really discussed how deities might look. So in this case, the children’s views are informed by the wider culture.  From that point of view, it’s entirely reasonable for them to conclude that, yes – like the cheesy soft focus religious painting in my Nan’s front room -Jesus was white.

Jesus through a worldwide looking glass

Would I have been happier if the teacher had shown a picture of Black Jesus? Not necessarily – it probably wouldn’t have been accurate either. What would have been interesting though, would have been depictions of Jesus from a variety of cultures, especially considering Christianity, the world’s most popular religion, is practiced by over 2 billion people worldwide. What, for example, would the children’s response to a Japanese Jesus be?

Phrases like decolonise the curriculum can feel jargony to some people or overly politically correct. For me, the concept is really about questioning the knowledge and perspectives that we are presenting and being presented with in formal education and the wider world and considering what the dominant narratives are and why that may be.  These considerations are not just for the English or History Classroom, they extend to many other areas such as my old subject of maths, as I’ve touched upon on this particular blog, Religious Studies too. As somebody who is a minority in most situations that I find myself in, perhaps (quietly) questioning dominant narratives is a well-practiced and now semi-automatic way of being but I feel it’s a healthy skill for all of us to develop.

The image at the start of this blog post is a reworking of Leonardo Da Vinci’s The Last Supper by Lorna May Wadsworth which was recently displayed at St Alban’s cathedral.