Is there really any point in sending physical cards or letters in our digital age? Read on to find out how cards make a difference to those who self-harm.

“What a difference a day made

Brought the sun and the flowers

Where there used to be rain…”

Anybody who knows me well knows that I have a sometimes distracting habit of being able to think of a song for almost any random sentence spoken or written when you are least expecting it. As an optional extra I’ll slightly butcher or amend the song to fit the situation in question. The lines above are from Dinah Washington’s “What a difference a day makes,” a full-on 50s easy-listening classic complete with swirling strings.  I’ve not heard the song for possibly more than a decade and I remember buying her greatest hits CD from the bargain bucket in Woolworths (probably the one in Tooting) when that chain still existed.

Anyway, when I was reading the study “Postcards from the Edge: 5- year outcomes of a randomised controlled trial for hospital- treated self poisoning” * Dinah’s song was the first that came to mind. Why? Well the trial found that “A postcard intervention halved self-poisoning events and reduced psychiatric admissions by a third after 5 years.” And I immediately thought “Wow. What a difference a postcard makes.”

I came across the study via psychologist Guilaine Kinouani (mentioned previously here and provided a wonderful tool to avoid burnout ) who commented “Who would have thought. It’s almost as though being kept in mind/not forgotten would reduce distress.”

According to the study, hospital treated self-harm is common in the UK and self-poisoning is the most common form of self-harm. Additionally, self-harm is commonly self -repeated at a median rate of 1 in 5 from an initial episode within 4 years.  It is not surprising that self-harm has a “strong- association” with later suicide as generally people who self-harm are evidently in some sort of mental distress.

Regular readers of this blog may know that I have a particular interest in building mental resilience, particularly as related to leadership and our wider roles in work but also just in life. So I read this study with interest from two perspectives. Firstly, because I have a close family member who was hospitalised for a self-poisoning episode when I was a teenager which was distressing for them and those who cared about them but also because it made me think of a fun and stupid custom that a friend and I have.

She heard that my Dad is on the game…

I first met my friend M via work. We were young and stupid(er) and worked at what would, in the educational sector, be called a “challenging school” in North East London. The kind of school that always has places for other schools to send their excluded/managed move pupils to, is perennially undersubscribed in year 7 and that middle class parents will buy a new house in a different catchment area to ensure their kids don’t attend. As is the case in challenging environments the shared experience and stress meant that close bonds and lasting friendships were formed among younger inexperienced staff. **

M doesn’t send Christmas cards and I’m a bit rubbish with birthdays and enforced gift times but we do love each other.  I’m not sure how it started but we began to send each other postcards or cards at random times for no reason other than because the card made us think of the person. 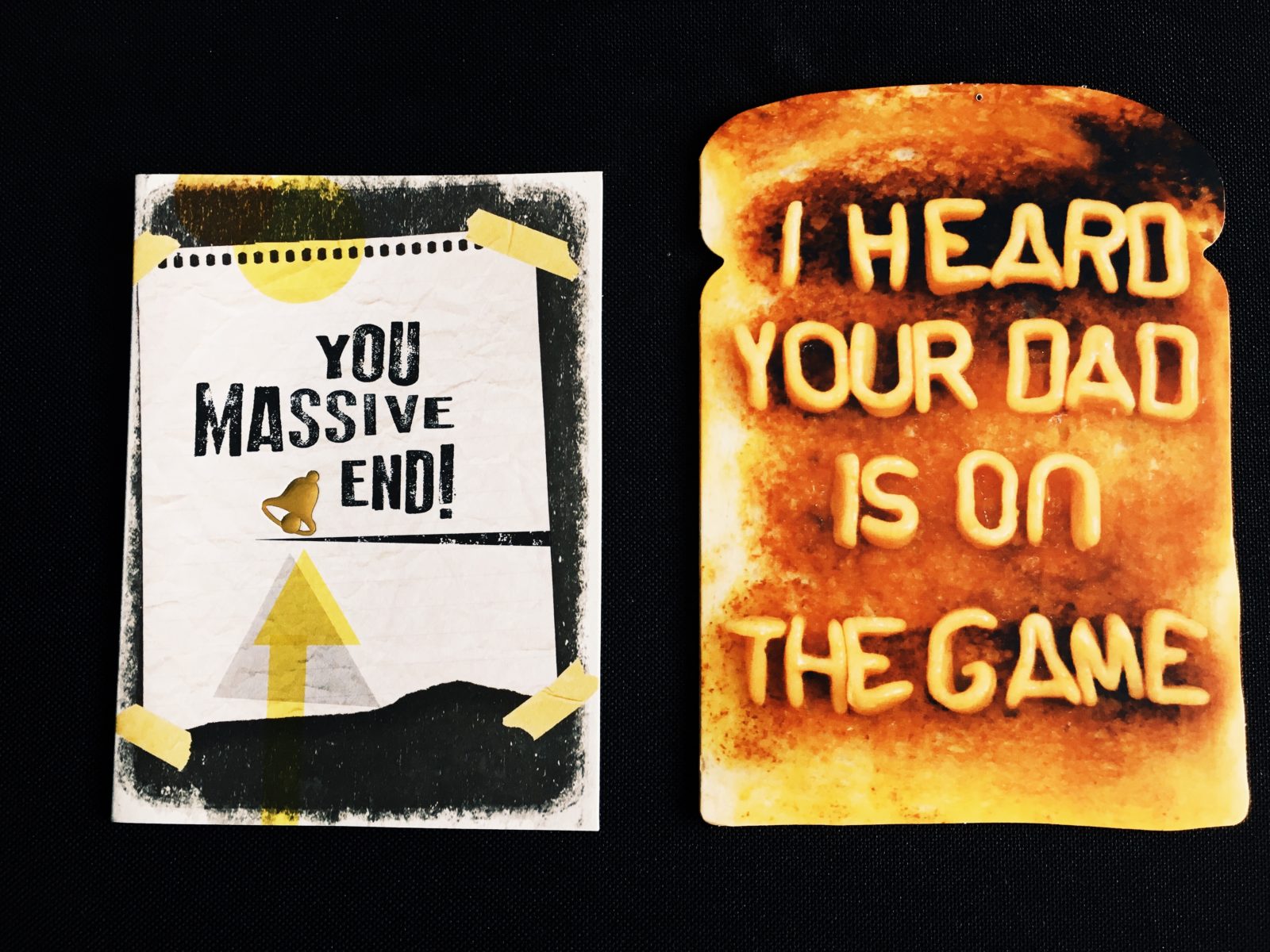 Initially they started at work and I’d find them in my staff room pigeon hole. As we left that school for places of work which were better for our sanity they would come unexpectedly to our home addresses.  Because of the nature of our friendship they aren’t always flowers, fairies and uplifting quotes but they do make us laugh (and confuse our partners). Just to clarify, M was wrong about my Dad.

I have never self -harmed but I have had ongoing issues with depression since I was a teenager and because I’ve been reviewing interviews with school leaders for my book The Unexpected Leader over the summer before it goes to print, I was reminded of the way that our jobs can affect our mental health. It was interesting to reflect on the effect that unexpected (post) cards from my friend  M had on my mood and to read that an intervention as simple as sending a series of 8  ‘postcards’ in a sealed envelope in months 1, 2, 3, 4, 6, 8, 10 and 12 after discharge from hospital was found to  halve the number of events per individual for hospital-treated self-poisoning and continued to be effective for 5 years.

Interestingly this benefit was limited to women but you’ll have to ponder why that is for yourself.

For those of you in schools I know you’ve just started a new academic year, it’s a bit of a shock after the summer holidays so look after yourselves. For all of you (in and out of schools) remember that small acts of kindness and reminding people that you value them or notice they exist can make a huge difference.