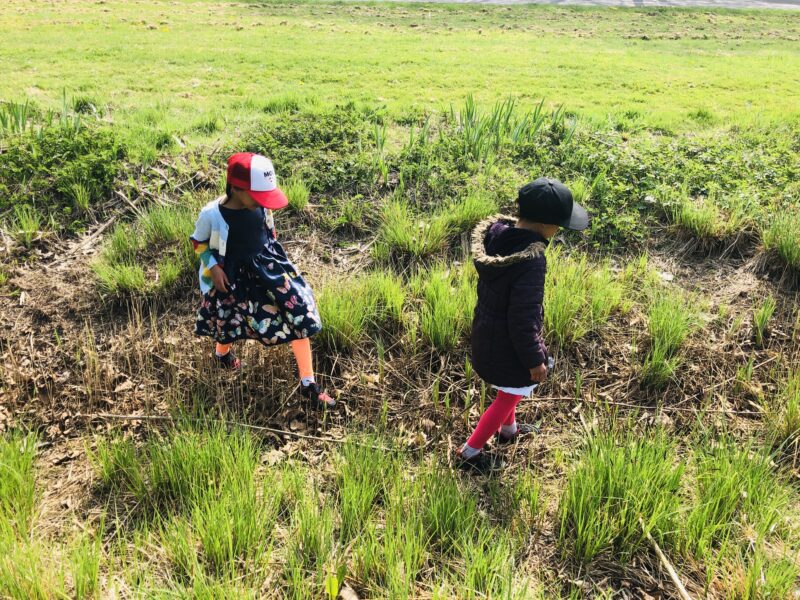 My children walking in a dried up river bed near our house.

The Covid 19 pandemic has made many of us more aware of the nature we have on our doorsteps. Public and private outdoor spaces have become our settings for exercise, leisure and social contact. The benefits of spending time in nature should be a universal right but sadly they are not equally available to all in our society.

According to world bank data, 83% of the population of the UK live in urban settings. I’ve written about the benefits of nature connectedness and of the awe and wonder of British national parks. However, the majority of our population lives in towns and cities so most people’s immediate experience of nature will be of urban nature. These spaces are on a smaller scale than expanses like the Lake District or Exmoor but just as important.

What is urban nature?

Urban nature includes green and blue spaces such as

Access to urban green space is a social justice issue in the way that access to high quality education, high quality housing and health are. Equal access to public space is a legal right protected within the Equality Act 2010.

My own experience of urban nature

Reflecting on my childhood, I had ample access to urban nature. I grew up on the outskirts of South-West London. My primary school was on the edge of a nearby housing estate and about 5 minutes from a city farm, which we visited often for school trips. On Fridays I often met my Grandad after work where he finished his shift at the local leather factory, and we’d walk back along the river to his flat.  When I was older, I’d sometimes walk the 20 minutes from my house to my other grandparents’ home through Morden Hall Park, a free to access space owned by the National Trust which gives the impression of being in the middle of the English countryside.

I spent hours in shared green spaces like Tooting Bec Common with my family having picnics, requesting ice cream and playing ball games. My secondary school used to have sponsored walks at the end of the summer term, the location was Richmond Park, a national nature reserve which covers 2,500 acres. Our teachers were pretty relaxed as long as we’d reached our checkpoints by particular times. This meant plenty of time for gossiping and being silly with friends away from adult eyes while lowering our voice around the roaming deer who occasionally crossed our paths.

My regular contact with nature and overwhelmingly positive experiences as a child and young person have probably shaped how I feel about green spaces as an adult.

“Habits formed in childhood often have consequences for adult engagement with nature”- Equity in Access to Urban Nature, Groundworks.

I have just outlined a series of positive personal recollections about accessing urban nature. Additionally, most of the places I mentioned were near my home or easily accessible via public transport. For those further afield, my family had a car, or my school was able to provide transport. A recent report about Equity in Access to Urban Nature by Groundworks outlines that my experience is not universal. Other people living in towns and cities can experience barriers that prevent them building a positive relationship with urban green and blue spaces:

These barriers can create a negative association with nature which means that too many people in urban environments could be missing out on the positive effects on wellbeing connected with nature connectedness.

Access to green space is a social justice issue

As with many areas of or society such as housing, education and health there is inequality in accessing green spaces which reflect deeper inequalities within British society.

In the outdoors sector there is often plenty of talk about access to green spaces in terms of physical proximity and financial resource- if you don’t live nearby to or you have to pay to access urban green spaces then you may not visit them. I think that we should also consider the fixed and unrenewable resource of time.  It’s possible that if you are a household trying to exist on a low income and have multiple low paying jobs with long hours that you may not have the time to access urban green spaces. Alternatively, because your working hours are long and anti-social, you may only have access to green spaces at times of the day or night that do not feel safe to you.  Like school breaktimes, this is another area where sufficient leisure and relaxation time is a resource only deemed suitable for the rich.

If you are interested in the human side of leadership then buy my book The Unexpected Leader.